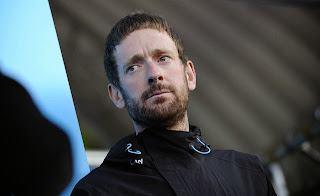 A selection of rider quotes from the Team Presentation at Liverpool ONE!

Sir Bradley Wiggins, Team Sky
Wiggins, who won the 2013 Tour of Britain, confirmed he will be racing flat out to defend his title at the Friends Life Tour of Britain, almost certainly the last time he contests a stage race targeting overall honours.

"Yep, this will be it for GC," said Wiggins. "When I was at the Tour of California earlier this year I said I would never go for it again - it's quite hard work leading a bike race - but then I thought I would like one more crack it at this one. The plan this winter will be to put on some weight on and I will be training for the track so I guess stage racing to win the GC will be out the window after this.

"I feel fitter than this time last year. I haven't race a lot but I've been in quite intense training since the Commonwealth Games, in a really controlled environment. I knew at the Commonwealths that I would be doing this so all my preparation has been for this and the Worlds which are ten day after the Tour of Britain this year which is much better than the two days last year.

"I will definitely be racing to try and win whether I can is another matter. If I can just stay close to the big GC guys on the Tumble and not loose time in time bonuses I can be competitive. It's a fast TT I know it quite well, in an ideal scenario I will just be a couple of seconds off the jersey on that final morning.

"I've ridden the Tumble a few times on the PruTour and the Nationals and a couple of times in training I know Ditching Beacon from my childhood and I'm not too concerned about it. We have a good team this year with some strong riders coming out of the Tour de France."

Nicolas Roche, Tinkoff Saxo
Irishman Nicolas Roche could be one of Wiggins' strongest rivals given his strength up short sharp climbs and ability to contest and place highly if a select group ends up going for line honours.

"Hopefully it could suit me although hadn't quite realised how difficult the whole week was,” he admitted. "I had concentrated on looking at Stage Three (Tumble), which I rode on the Tour of Wales way back in junior days.. All I remember is the cattle grid and that it was quite a tough one! It seems to me that almost every single day there are some technical bits - a drag, climb, descent. It's going to be good and I will have to remember how to sprint as well, which I haven't done in a while.

"Knowing Wiggo if he says he is gong thre to win, he is never too far off. Look at California this year. When he goes for something it's not often he's far off. I would trust his word when he says he's ready for it. Leo Konig will be there or thereabout - I didn't know he was riding until I bumped into him just now. Damn. He will be super strong after the Tour. There are all sort of others. Sam Bennett who was super close in some of the finishes last year, and why not Steve Cummings at BMC?

"This will be just my second Tour of Britain, I rode 2009 and that was a great memory. I was Irish champion that year so was able to wear the Irish champions jersey.”

Steve Cummings, BMC Racing
Steve Cummings is Liverpool through and through with his favourite football club being Liverpool FC and his next favourite Liverpool Reserves! "I came to the presentation with my wife and we parked on level three in the John Lewis car park and just walked across for the presentation. I love it here in Liverpool it feels like home and I love coming back. It's a refreshing mental break. I miss the people and the sense of humour, in fact I should spend more time here really. It's a great place for having a laugh and enjoying yourself.

"In 2008 we finished here on this Liverpool circuit and we came past where my Grandad's flat used to be and I had goose bumps. Then we went up past Sefton Park and when I was a kid my other Grandad lived up that way. It was a pretty weird feeling to be honest. You think back to when you were a kid riding around those roads you never think you will be racing around them for real some day.

"It's three years since I've raced the Tour of Britain. I have missed it. I always follow it on the internet if I am not here. I've had two second place finished in GC losing by seconds and it normally it is that close and I think it will be again. I will just give it my best. Every day there seems to be something going on in the final so you have to concentrate.”

Sylvain Chavanel, IAM Cycling
In-form Frenchman Sylvain Chavanel appeared to rule himself out of contention for overall honours: "I am in good form and enjoyed my win at GP Plouay last week so anything could happen but to be honest my main aim now is the World Championships later this month, where perhaps the course could suit me. So I don't think I will really be going for GC this week, although I might certainly try for a stage win! I want to maintain condition and form but I also want to stay safe. NO crashes!”

Marcel Kittel, Team Giant Shimano
Speed King Marcel Kittel has been keeping a low profile since winning four stages at the Tour de France but will be flat out in the sprints this week where his head-to-head with Mark Cavendish should be entertaining, while the like of Sam Bennett and Adam Blythe can never be discounted especially on days which are not as straight forward as the opening day criterium in Liverpool and the concluding London circuit on Sunday.

"It's a shame we didn't get to race so much at the Tour de France this year although it is not just about us two, there are other great sprinters like Kristoff as well. I don't what Cav's condition is but any race he enters he will be a factor in the sprints and looking at the route book there would seem to be at least three sprints at least, possibly more. Hopefully we can pay the fans back for some of the races that didn't happen this summer.

"Since the Tour de France I have been busy doing some criteriums and media and sponsor appointments. I haven't been on my bike as much as I would like but now it's time to get back racing seriously again because this is a very good race, and then at the World Championships I want to repay some of my colleagues by doing some good work in the Team Time Trial.” 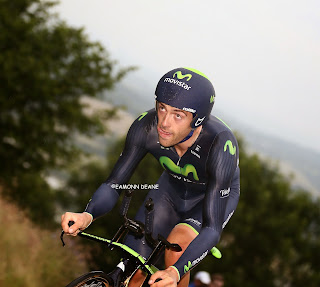 Finally Britain's Commonwealth Games Time Trial champion Alex Dowsett can't wait until next Sunday's short, sharp fast time-trial in London. Like Wiggins if the Movistar Team rider could reach that in contention he could be in business but is more fearful of the Tumble than most. "I have a plan though for Tuesday, I will have to try and do something on that day."


on September 06, 2014
Email ThisBlogThis!Share to TwitterShare to FacebookShare to Pinterest